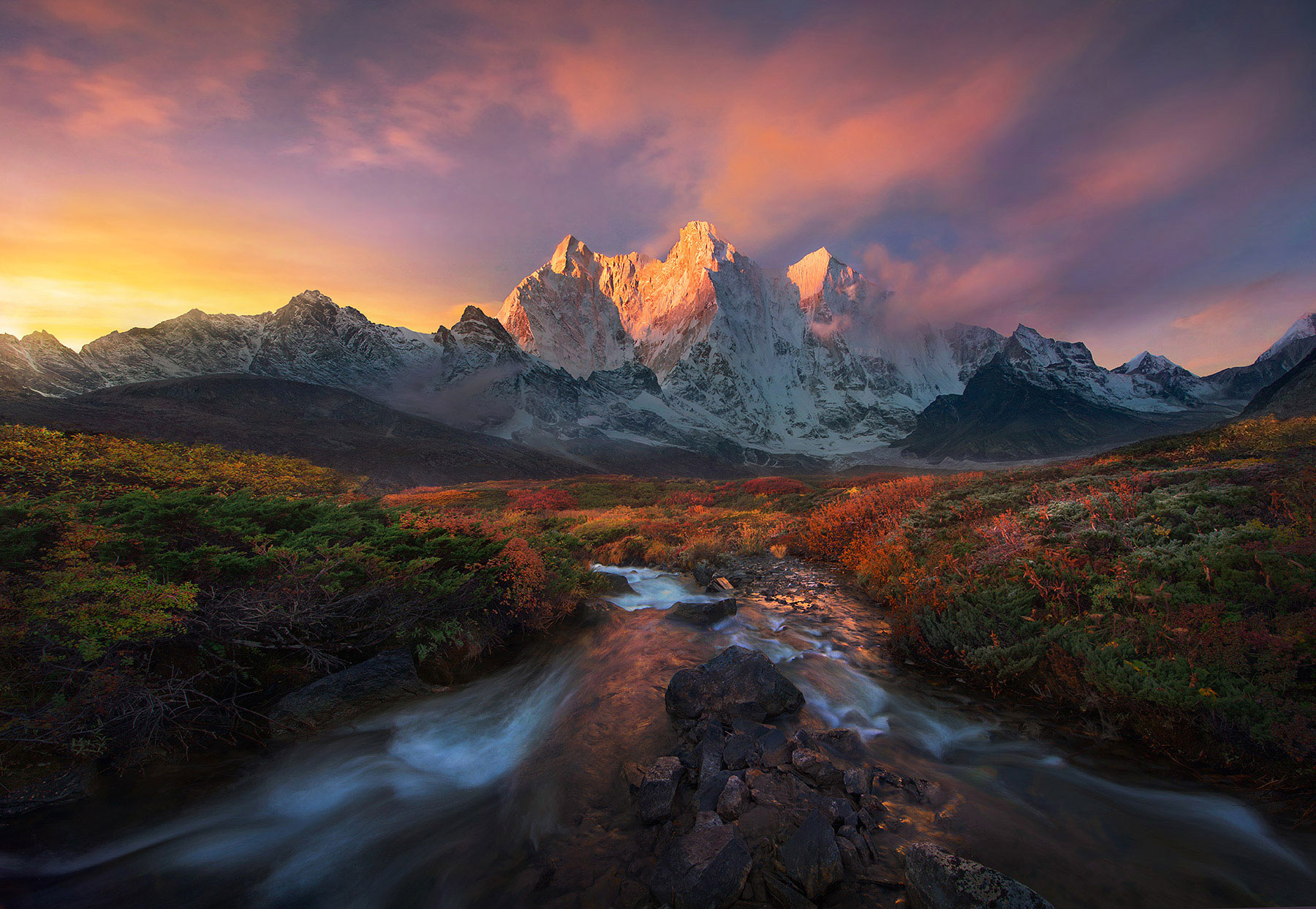 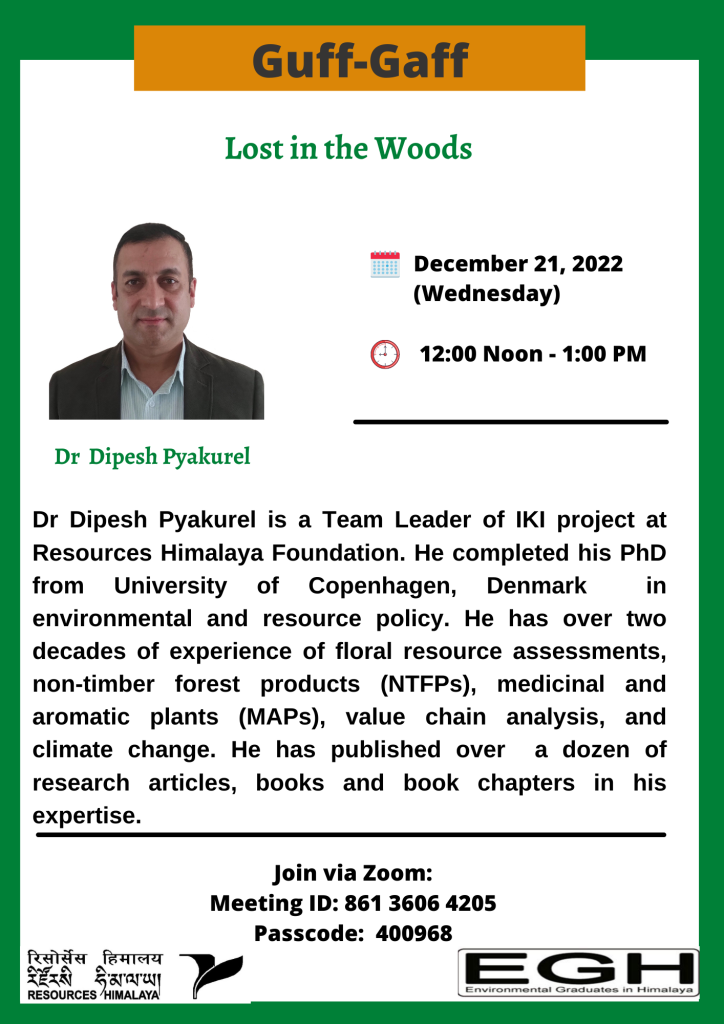 Resources Himalaya Foundation and Environmental Graduates in Himalaya successfully organized Guff-Gaff program on December 21, 2022.The guest speaker for this session was Dr. Dipesh Pyakurel, Team Leader of IKI project at Resources Himalaya Foundation. He gave a talk on the topic “Lost in the woods”, where he shared his field experiences and gave a light on the unexpected things that they might encounter while researching in the field.

Dr. Pyakurel shared his exciting yet challenging experiences that he encountered during the field visit as a researcher. He started the talk by sharing a very interesting event that happened during his PhD field to Humla where he had to meet with village level as well as district level medicinal plants traders and collectors and set an interview with them. He departed from Nepalgunj to Simkot with an assistant on Shrawan 10, 2072 and stayed at the hotel for 3 days. During their stay, they communicated with the traders as a part of their research activity. Then they moved further North towards YariHilsa towards the China border for 5 days and returned to Simkot. According to the information by Assistant Forest Officer, Lokchand Shahi, Jatamasi was being collected at Lampata of Raya village. So, with the intention of meeting those collectors and traders, the team of two headed towards the village. The locals and teachers in the village gave them the information that Lampata is further 4 hours away from the village. Dr Pyakurel and his assistant started the journey towards their destination. He mentioned that on their way they found cross road and decided to take the small road which was a bit tidy and witnessed different species like Juniperus,Abiesspectabilis, Taxusbaccata. They continued their journey for about 3 hours, but found no signs of Kharkha. Instead, the road became smaller and smaller. After walking for a total of about 6 hours, they reached the end of the road and this was the moment they realized that they were lost.

After much thought, since it would take 8 to 9 hours to go back to Raya village, they decided to stay there and spend the night on Abies tree with water and some snacks that they had brought. The following day, at 5:00 AM they returned the same way and reached the crossroad in about 2 hours. He told that, both of them took a sigh of relief as if they reached home.After walking for about 5 min, they found an old man with whom they shared how they were lost. The kind old man decided to walk with them. To their surprise, their destination was only 15 minutes away from the crossroad. Had they taken the other road at the crossroad, they would have reached their destination the night before and would not have to spend their night in fear and difficulty. Looking at their situation, they laughed about it for some time. After lunch, they walked towards Lampata where the collection of Jatamasi collection was going on. Dr. Pyakurel highlighted that the roads to Lamapata was very dangerous and it is very hard for the collectors to walk down that roads almost every day for collection of medicinal plants. Finally they interviewed the collectors and traders. He stated that it is very difficult for medicinal plant collectors there and mentioned that every year around 1 to 2 people lose their lives on that very dangerous road. Researchers, not on explore new places and experience new things, but also witness the way of living of people in the area which is difficult especially in the Himalayan Region. The presentation was followed by an interaction session between the guest speaker and the participants and the program ended with closing remarks from the EGH coordinator.